Where Is the Grave

From the beginning of time, man has wondered what will happen once he departs this life. Is a physical body necessary? Where does a person go after death? There is a spiritual dimension most people miss, which is an integral part of God’s Plan for building His Family. 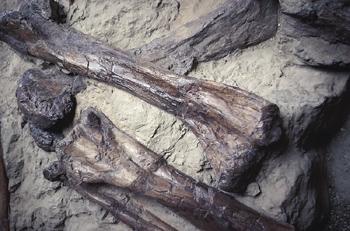 Funerals, burials and grave markers have become big business today. In a world becoming more and more crowded with people, the space available for cemeteries is dwindling and more emphasis is being placed on cremation. In some nations, cremation is the only form of body-disposal allowed. In other nations and religions, only the burial of the full body is allowed.

A couple of years ago, eight members of our family went on a trip to Poland to find the graves of our family members who died almost 100 years ago. It may seem strange, but there was something definite that happened within our minds in a spiritual sense when we actually found the headstone of a family member. There is some strange connection to our ancestry. It was disappointing when we were not able to find a well-marked grave. Cemeteries have stories to tell. The death of babies, mother and child on the same day, the dates of birth and death of family members all tell a story. But it is true that in time the memory of a person is forgotten (Ecclesiastes 9:5 Ecclesiastes 9:5For the living know that they shall die: but the dead know not any thing, neither have they any more a reward; for the memory of them is forgotten.
American King James Version×).

It seems remarkable the graves of the heroes of the Bible are nowhere to be found. There may be a few exceptions, but it seems we cannot find the graves of the judges and kings of Israel, the twelve apostles and other remarkable leaders such as Paul, Timothy, and Barnabas. We know of one case where God Himself took great care to ensure the disappearance of the body of the one who died. Why should this be? Why is there no grave of Moses (Deuteronomy 34:6 Deuteronomy 34:6And he buried him in a valley in the land of Moab, over against Bethpeor: but no man knows of his sepulcher to this day.
American King James Version×), Aaron, Abraham, Isaac or Jacob? There may be theories and popularly accepted sites, but no evidence or proof. Is there a reason these bodies have remained hidden? Great people of the past, including Alexander the Great, Julius Caesar, and Nebuchadnezzar, are also among the long list of missing “graves.”

Building blocks of the body of Christ

Since the existence of humans on earth, any number of tragedies have struck that have made burial impossible. There have been thousands of deaths at sea; many have been literally blown apart in the explosions of the World Wars. A number have been eaten by wild animals and no doubt there were other things resulting in the lack of a body to bury in a recorded grave.

The point is this: Bodily disintegration and decay does not hinder God at all when He resurrects someone.

Revelation 20:4-5 Revelation 20:4-5 [4] And I saw thrones, and they sat on them, and judgment was given to them: and I saw the souls of them that were beheaded for the witness of Jesus, and for the word of God, and which had not worshipped the beast, neither his image, neither had received his mark on their foreheads, or in their hands; and they lived and reigned with Christ a thousand years. [5] But the rest of the dead lived not again until the thousand years were finished. This is the first resurrection.
American King James Version×explain there is a first resurrection (of Christ’s faithful followers to spiritual bodies), and another, larger one for the “rest of the dead” (to new physical bodies). Over the past 6,000 years of human history, most graves (that is, most bodies) have long since turned to dust and no longer exist. They are disintegrated into so many elements and then, in many cases, scattered all over. Where is the grave? Where is the body? Does God need a body to resurrect a person? No, He does not!

What is most important to know is this: All human beings who have ever lived from the time of Adam and Eve until the second resurrection will live again. Those innocents who have died as babies, or the billions who have died without knowing God or His Lamb will awaken to life, with the opportunity to learn God’s truth and qualify for eternal life.

Human life is precious for a number of reasons. Every single individual now living has the potential of becoming a child of God. The Creator has taken careful note of the existence of each person. God takes the responsibility of offering eternal life in just the right time and manner. Even those who die without knowing Him will live again and be given their chance. God is great! He is capable of doing everything He has stated He will do.

God does not need marked graves or old bodies. Our all-powerful and all-wise God will create new bodies for those He resurrects!

For more information about what happens after we die, request our free booklet What Happens After Death?